Tibet is harsh and primordial. Guarded bypasses and blessed bypasses and blessed by wispy prayer flags, it is often painted as Shangri-La of cliff-hanging monasteries and culture looked in eternal mysticism. For most travelers, Tibet is Lhasa. This ancient capital, lying high up in the wild of the Kyi Chu River valley (3,600-m.) is Tibet's sacred city. And we put it, a visit to its numerous temples and a shrine is an integral part of any journey to this land. Lhasa evolution into the spiritual and temporal center of the Buddhist Kingdom was set off by King Srongtsen Gyampo. In the Seventh century, he built its principal temple, the Jokhang and also laid the foundations of other ancient edifices, including the original Potala Place, Pabonka Dragla Ludwig, and others hallowed pilgrim sites venerated to this day.

The Jokhang, Tibet's most sacred monastery, and perhaps its first significant religious institution, is the spiritual center of Tibet and the heart of Lhasa. Perhaps more frequently associated with Lhasa is the legendary and magical Potala, the ancient seat of the Dalai Lama, the god-king of Tibet. Perched majestically on the Marpo Ri (Red Hill), the multi-storied edifice flowers over the city like a celestial realm suspended in the air. It embodies the finest of 17th century Tibetan architecture and is best admired from the outside by following the pilgrims' progress around it. Inside, the superb sense of space reveals the enormity of the structure and its special relationship with Lhasa. The view of the city from its roofs is simply breathtaking.

Three of the Gelugpa, or yellow sect "Great Six", monasteries- Sera, Drepung, and Ganden - are also located near Lhasa. Drepung and Sera monasteries are quite fascinating. Drepung, meaning, "rice heap" is located eight kilometers west of Lhasa. Lhasa provides many sightseeing opportunities as well. Norbu Lingka, for one of a large 40 hectare enclave on the four skirts of the city, filled with trees, charming gardens, artificial lakes, opera grounds, Places, etc. provides even the weary with the most relaxing the pleasant experiences. This was the Summer Place of the Dalai Lama. But Lhasa is not where Tibet ends. Tibet is much more than elsewhere. Pristine trekking trails that traverse ancient caravan routes and high nomad campus can be found here. This provides adventure in a wilderness that is savage, raw and mesmerizing unique flora and fauna. Tahari in southeast Tibet is an area of ethereal natural beauty-lush and green, with magnificent stands of ancient silver fir, and is grandeur personified. It is, along with Mt. Kailash and Lapchi one of the country's most hallowed grounds. Lapchi, dotted with many monasteries and retreats, is the most sought-after-pilgrimage site. Tibet has to offer while Kailash, the holiest circuit of them all, is accessible either from Lhasa or directly from west Nepal. A longer trip would be to the Rongbuk Glacier and Everest Base camp that offers views of Everest that leave no doubt as to its supremacy. A trek to Shishapangma in the Himalaya is another exciting possibility. With the opening up of air and land routes from Nepal, western travelers nowadays have plenty of opportunities. And a number of ways in which to gain first-hand insight into the myriad sights and sounds of this exotic and ancient land and to lose themselves in the rich Tibetan culture, architecture, landscape, and religion.

One of the two Tibet border crossings which are open from the Nepalese side is Kodari, located northeast of Kathmandu the other being the trekking trail to Mr. Kailash from Yari in northwest Nepal. The Kathmandu Kodari-Zhangmu-Lhasa route on the Friendship Highway takes at least three days by bus/land cruiser and involves overnight stops. The road crosses several passes at around 5,000 m. The journey although cold, dusty and exhausting, is nevertheless rewarding with many of Tibet's religious sites-the Tashilunpo, Palkhor, Samye and Sakya monasteries and the Khumbu stupa en route and scenic views of Lake Yamdrok, Mt. Everest from Dingri and the eastern Himalayan from Language La pass. Indeed, a sojourn through this ancient land can only be described as adventure travel extraordinaries. 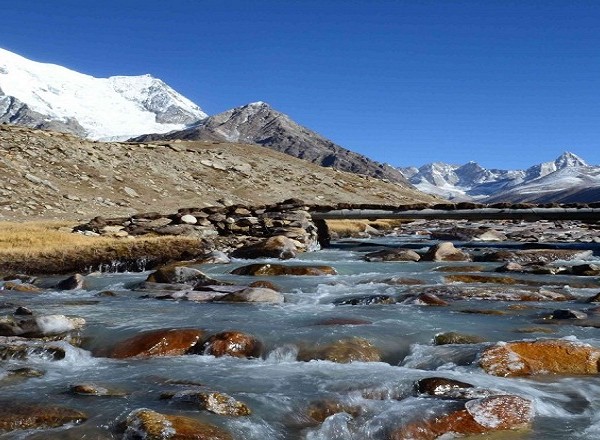 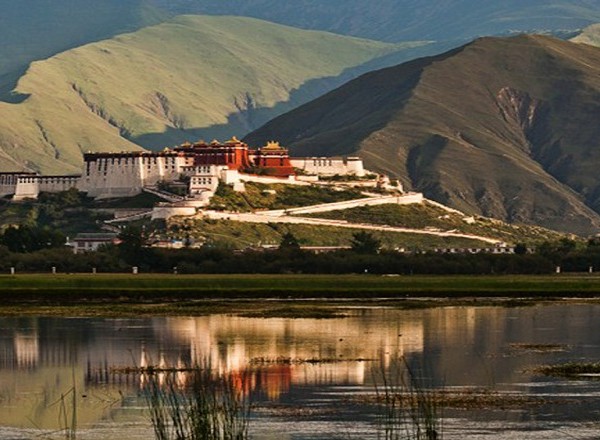 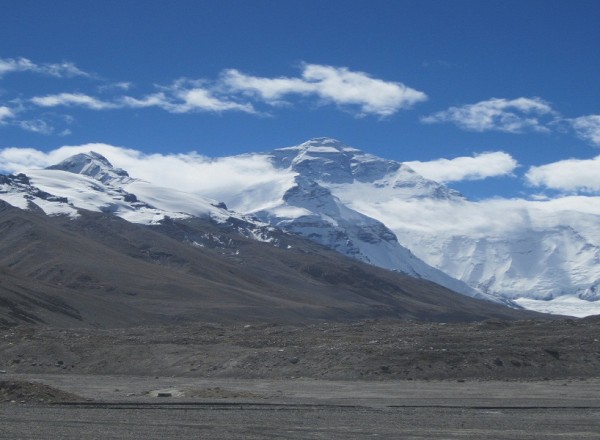